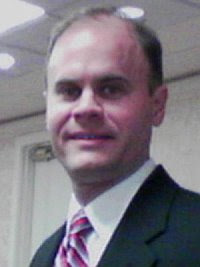 Wes Benedict is now in harness at the Watergate as the Libertarian Party's new national executive director. He was hired earlier this month and attended last weekend's LNC meeting en route from Texas to DC.

Comment: Very smart pick by LNC chair Bill Redpath. Wes is an incredibly competent "nuts and bolts" kind of guy. As the Texas LP's executive director he helped that state's party build an impressive fundraising and candidate recruitment machine. He's respected across the party's factional lines because he avoids diving into the 24/7/365 ideological disputes, preferring instead to concentrate on what he can do to build the party as an organization. Mark Hinkle has announced his candidacy for chair of the Libertarian National Committee. The text of his announcement is available at Independent Political Report. Hinkle has served four terms on the LNC and was chair of the California LP for six years.

The party's 2008 vice-presidential candidate, Wayne Allyn Root, has been quoted as publicly stating that he may seek the chairmanship if incumbent chair Bill Redpath chooses not to run for a third term.

Also rumored to be considering a run for chair is Jake Porter, publisher of Libertarian Strategy Monthly and an alternate to the LNC representing Region Six. 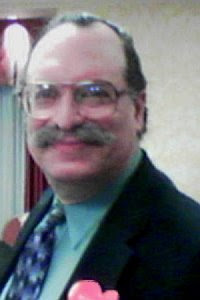 At last weekend's LNC meeting, Bylaws Committee chair (and Region Five North representative) Dan Karlan talked up the committee's Internet survey as a way for party members to weigh in on proposed changes.

Without commenting on the particulars of any of the proposals now in play (I'll do that some other time), I would like to compliment the committee on its relatively open and transparent mode of operation. Mr. Karlan informs me that this approach "is not perceived as an end in itself," but rather the committee is going with it because its members "believe it will maximize the chances for acceptance of the greatest number of the most important proposals."

I happen to be a "transparency for the sake of transparency" guy, but I'll take it any way I can get it, and would love to see more of it from other LP committees, up to and including the LNC itself. One benefit of this approach vis a vis the bylaws is that the party's membership has an opportunity to discuss and critique the proposals well in advance of the convention. Hopefully that will translate to more carefully crafted proposals and fast, fair up-or-down votes with a minimum of "on the spot" amendments and other time-consuming parliamentary stuff.

--
All photos by me -- this post was brought to you by my compulsion to justify the purchase of that camera phone and because Tamara won't let me post the ... candid ... pics I've been taking at home.
Posted by Thomas L. Knapp at 5:31 PM