JPEG or it didn't happen

Months ago, I asked the Pentagon for its visual records of Osama bin Laden's sea burial under the Freedom of Information Act. Today, I received a thick packet of No -- a complete denial that any records exist. ... The Pentagon claims not a single person aboard the USS Carl Vinson, where Bin Laden's remains were disposed of, took a single picture.

That pretty much tears it. The only plausible conclusion is that he's still alive. And hiding under Eric Dondero's bed. 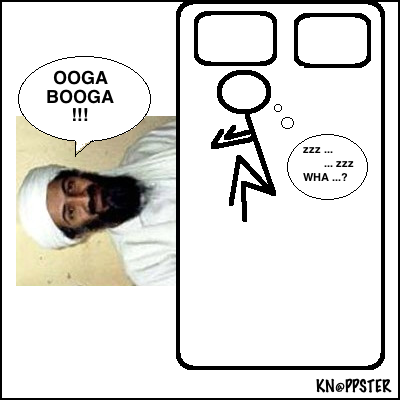