At OnTheIssues.Org, you are quoted to the following effect on federal spending and federal debt:

"I have proposed cutting the federal budget by 43 percent to bring it into balance. It can be done. It requires the will and ability to ignore and even fight the special interests that have a vested interest in more and more government spending." -- Washington Times, 02/02/12

"We can quibble over economists' numbers, but it doesn't take an economist to know that continuing to add to the national debt is bankrupting us -- and that debt has doubled on [Barack Obama's] watch, aided and abetted by Congress." -- Libertarian Party response to 2016 State of the Union speech, 01/12/16


How do you square these wonderful policy positions with the facts that: 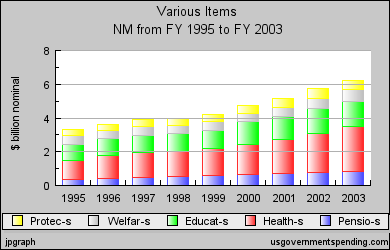 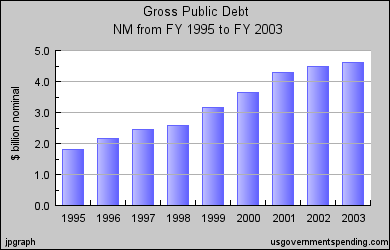 ADDENDUM: In comments below this post, Marc Scribner offers a detailed argument as to why New Mexico's debt under Johnson is materially different -- and more defensible than -- US debt under Obama (or any other president). If I had to summarize that argument, part of it might go something like "New Mexico's debt is like a home mortgage, US national debt is like using a credit card to take a vacation." But there's more to it than that, so hit the comments and read Marc's explanation, please.
Posted by Thomas L. Knapp at 9:36 AM