I've got an ideal situation in which to put together a very light complete camping kit: At PorcFest, I will have access to both a tent side and a hotel room, so if the camping end goes completely to shit with respect to weather or factors I'm missing, I won't likely die of hypothermia.

Of course, the kit isn't just for PorcFest / ForkFest, etc. I'm hoping to do a little "primitive" camping, with travel by bicycle, later this summer and fall. I want something that will fit easily into my pannier saddle bags and not weigh me down much at all.

Here's what I've either already got or have on my shopping list for the next couple of weeks (NOT affiliate links):

Tent: I already have a Rhino Valley Camping Tent (weight: 3 pounds, 3.25 ounces) around here somewhere, but "around here somewhere" has become a problem (my guess is it's in a not very well marked box in a storage unit), and I'd like to have two for music festivals where Tamara might want to stay overnight as well, or just nap. So I've ordered an L Runnzer, which supposedly weighs in at 3 pounds but which one reviewer got down to 1 pound, 7 ounces by using lighter tent pins: 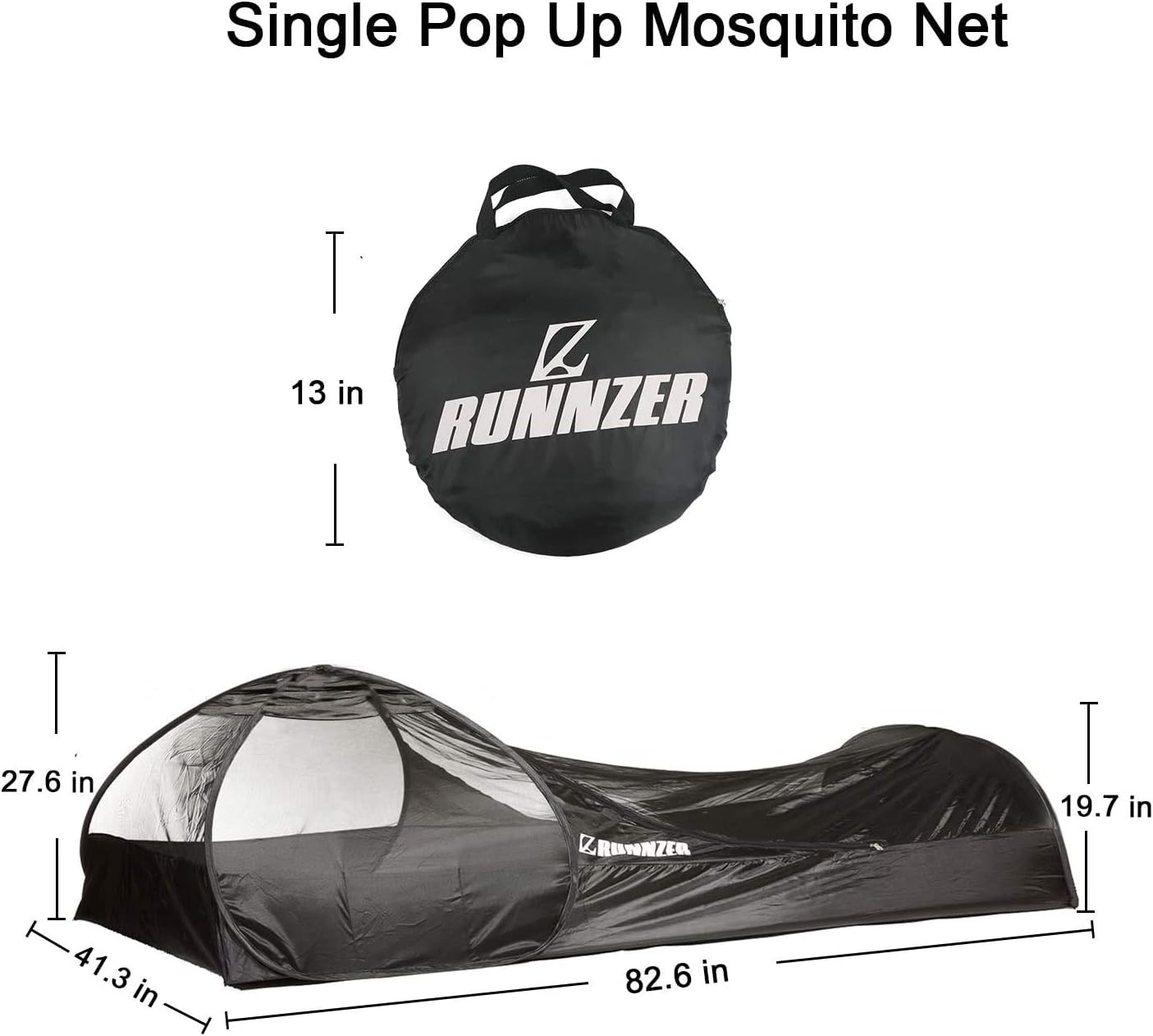 I'll probably grab a dollar-store tarp to go with it -- weight less than one pound, and I can use it for several things, including as a rain fly if necessary, instead of having a dedicated rain fly.

Bag: Later this week, I'll order a compact, 1.7 pound ECOOPRO Warm Weather Sleeping Bag. I thought about just bringing a blanket, and probably would if it was just for PorcFest / ForkFest. But, see above. Any significant blanket is going to be added weight and bulk. Most of my camping will presumably be in Florida during warm weather. If I go farther afield in winter, I've got a mummy bag rated for -20 Fahrenheit. I've got an extremely light (8 ounces, maybe?), extremely thin rubberized mat (probably advertised as a "yoga mat" -- I got it at a garage sale for 50 cents and it has Time magazine's logo on it) to use as a vapor barrier between myself and the ground. 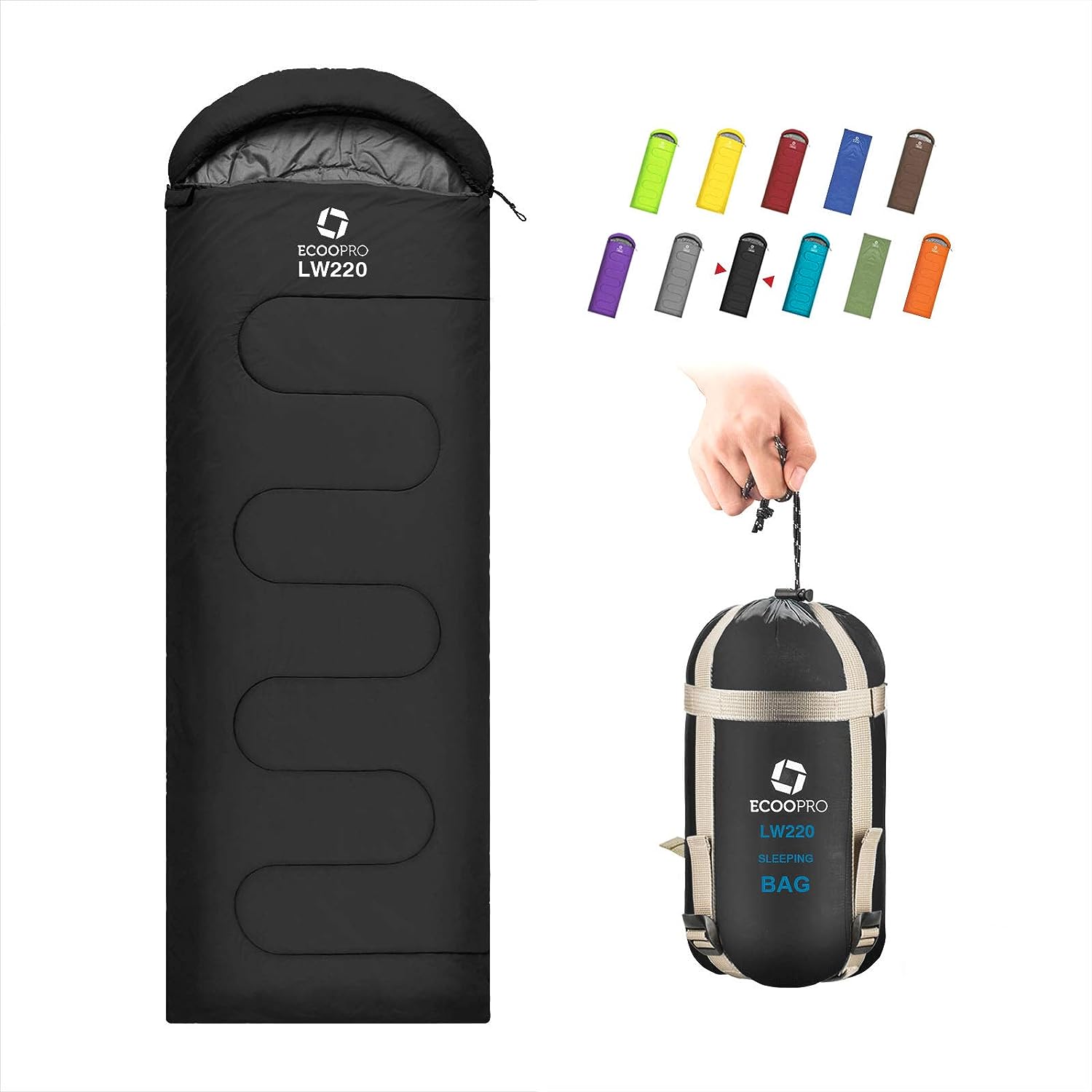 Cooking: My camp stove, including fuel, isn't much bigger than a cell phone and weighs about 10 ounces. It says it's an "emergency" stove, but I've done a two-day campout with it before and it met my needs. 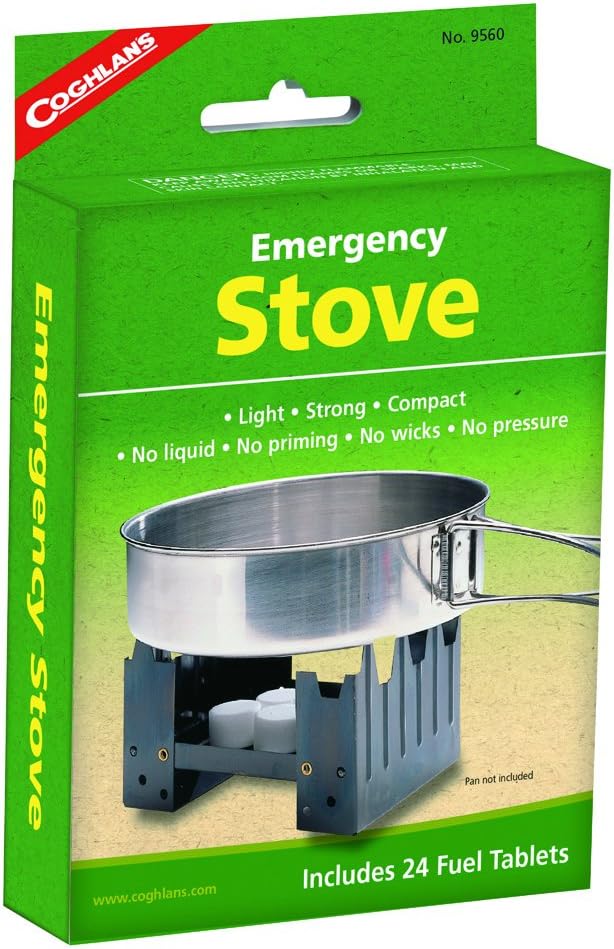 I haven't decided whether to take my 3-cup (10.7 ounces) or 6-cup (22.4 ounces) "moka pot" to brew coffee in. The "cups" in question are tiny Italian espresso cups. To get a sizeable cup of coffee in one brew, the 6-cup is the one.  I have both glass and plastic "camping style" French presses, but I'm traveling by air and not sure either would survive my baggage being thrown around. And I'm not foregoing coffee. 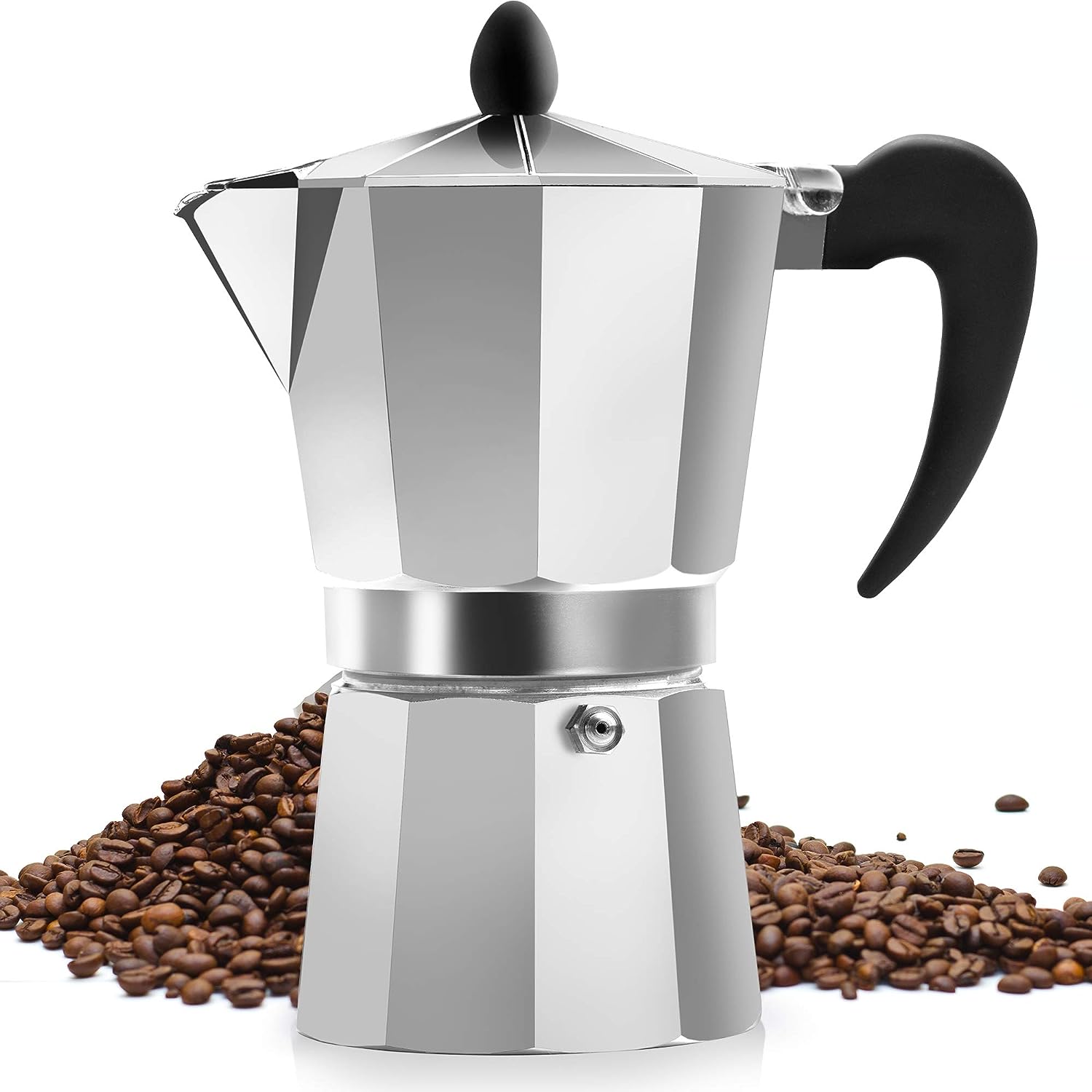 Previously, I just dragged a regular kitchen pan or two along on camping trips, but they're bulkier and heavier than I want for this project, so I've ordered a Coleman 10.4 ounce "nesting mess kit" -- frying pan, pot with lid, plate, and cup. 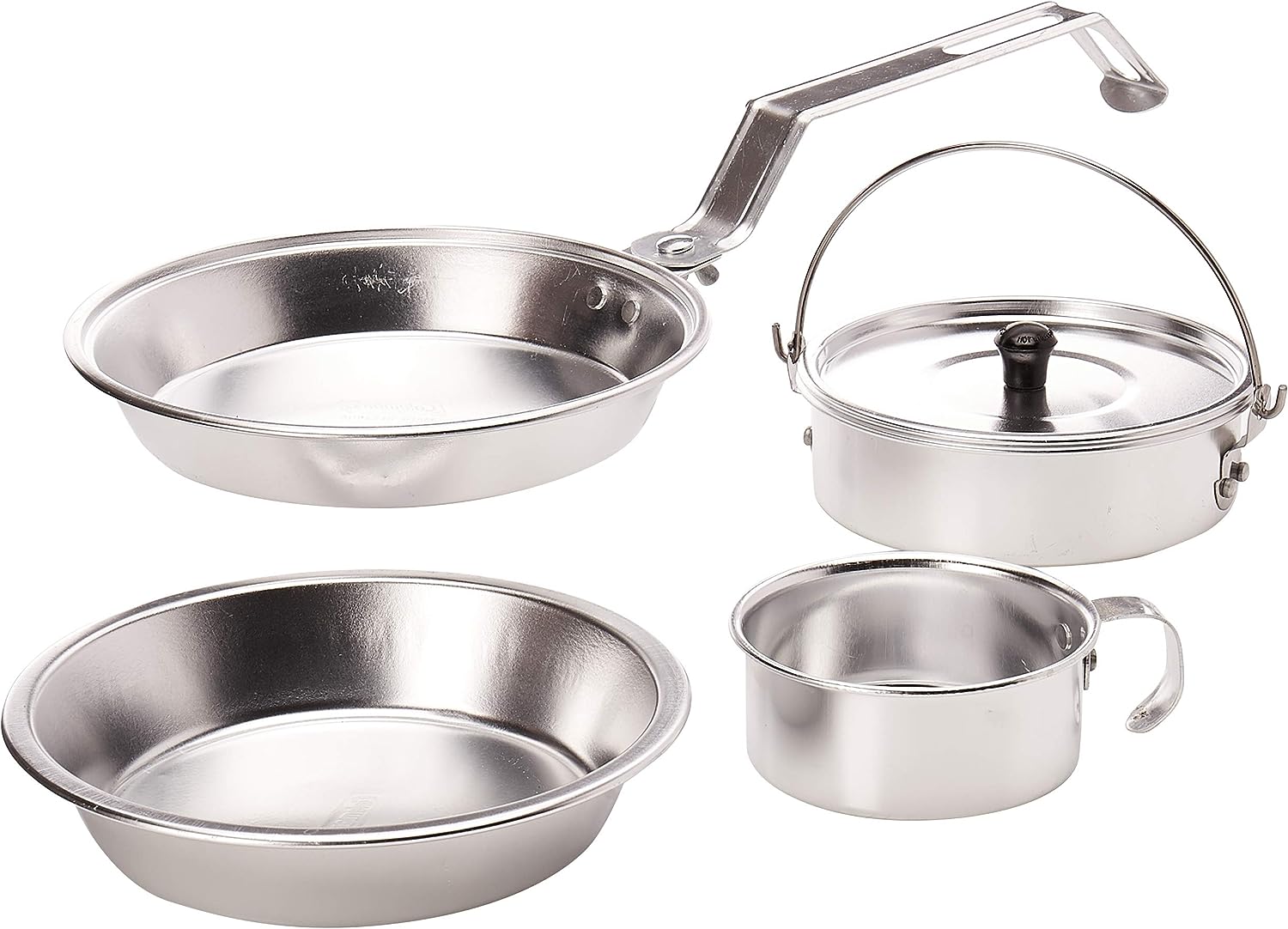 That gets me up to 8 pounds or less (assuming the bigger moka pot), and all of it (plus a flashlight, solar phone charger and power banks, mylar "emergency blanket"/poncho, canteen, etc.) should fit in a fairly compact "student book bag" type pack (when I'm not using the bicycle saddle bags).
As for food, my plan for PorcFest / ForkFest is to cheat a bit. I don't have to hike in with my food in my pack, and I don't want to bulk up my luggage by buying it in Florida. I expect my travel partner and I will stop somewhere between the airport and the festival site at a Walmart or whatever to pick up cheap styrofoam coolers, ice, and camp food (including my fru-fru coffee creamer -- I don't drink it black and I don't like the powdered stuff). And of course it looks like there will be plenty of food vendors there for when camp-cooked bacon and eggs doesn't sound that great. But when I do the "bike or hike in and out" primitive camping, the low weight and bulk of this kit should leave plenty of room for me to carry a reasonable amount of food.
Posted by Thomas L. Knapp at 8:27 AM