This AMA thread (and the podcast to follow) do not have a sponsor ... yet. If you'd like to advertise your product, service or web site to a small but very dedicated libertarian audience for the rock-bottom price of $5.99, hit me using the contact form and we can work it out.

Me: Thanks for asking, Jay!

I have some specific plans/goals already: I intend to walk at least 300 miles, and bike at least 1,000 miles, for Charity Miles in 2017; I also hope for the Garrison Center to rack up at least 1,000 reprints/cites/mentions in mainstream newspapers and non-libertarian political publications.

Generally speaking, I intend to get active in my county's Libertarian Party (I tried to get a county affiliate going and failed, but some other motivated Libertarians got it done). I have a couple of writing projects in mind as well.

Jay: What is the name of the Dog we heard in the last episode? Please interview that dog. Or any dog.

Me: That's Cookie Monster. She's a Chihuahua/terrier mix (mostly terrier, I think, probably Jack Russell) who came to us when some people put up a Craigslist ad to give her away nearly three years ago (they had three dogs and were moving into a place that only allowed two). Best. Dog. Ever. I'll see if she's interested in an interview. Here's a photo, which happens to have been taken for another charity hangamajigger I support, Donate A Photo: 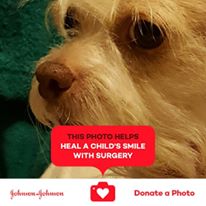 Usually I accompany the Thanks For Asking! thread with a video that relates to the topic of questions. This week, more along the lines of "everything old is new again" ...

Want To Boost Your ClickBank Banner Traffic And Commissions?