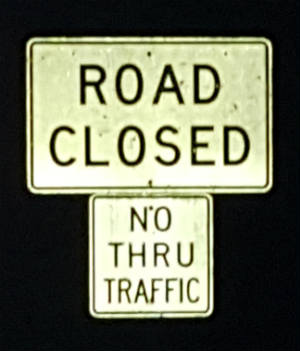 If you follow me on Facebook, you may have noticed that some time before 6am most mornings,  two posts appear on my timeline:

Point being, I used to sleep in until the last possible moment before getting to work. Now I get up no later than 4:50am (that's when my alarm goes off, but I often wake up on my own before that), throw on some clothes, walk for 20-30 minutes, start the morning coffee brewing, take a shower, and start working at maybe 5:30am or a little later.

Kind of feels like the old Marine Corps days. I don't know if it's the exercise, the "early to bed, early to rise" thing (often I miss the "early to bed" part), or both, but it feels pretty good.

Except for this one thing: I expect some kind of unfriendly animal encounter one of these mornings.

So far, the animal encounters have just been cats staring at me from the side of the road, armadillos crossing the road in front of me, etc.

But often when I'm walking, I can hear a coyote or three howling no more than a quarter mile away. My walk usually (I vary the route, but usually) takes me over by my church. I'm reasonably certain there are wild pigs in the jungle over there, and a couple of weeks ago a bear dropped in for a visit.

This is a little bit of a pickle for me. I don't see much traffic that time of the morning, but it's not unusual for the traffic I do see to be ... well, police-heavy. Open carry is (unconstitutionally) illegal in Florida and I don't have (or want) a[n unconstitutional] "permit" to carry concealed, so I'd rather not pack heat for my morning walk, because I just know there will come a day when a deputy sheriff stops me either to find out who I am and what I am up to or to ask me if I've seen someone else that they're after (that's happened before -- the first week I was here -- and I've seen other chases, helicopters included, in the neighborhood; hell if I know why, it's a peaceful place otherwise).

So when and if I do come face to face with Ms. Bear, Mr. Boar or Mr. Coyote, if he or she is confrontational for whatever reason, I guess you'll get a really cool picture that morning, if I live to post it.
Posted by Thomas L. Knapp at 9:58 AM