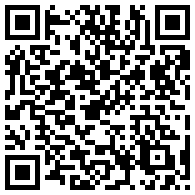 Informational addendum, an hour or so later:

In order to get into Ether, I used two tools I learned about from the guys at Free Talk Live:

First, the Jaxx wallet. I had been using the Blockchain.info wallet, which is fine for Bitcoin, but Jaxx handles Bitcoin, Ether, and DAO (Decentralized Autonomous Organization) tokens. So I moved my tiny, tiny Bitcoin balance over to Jaxx and then ...

... used Shapeshift to exchange the BTC for Ether.

Easy, peasy. Jaxx and Shapeshift are both really cool. My one, minor, complaint:

I keep hearing on FTL that Jaxx now features "Shapeshift integration," which I understand to mean that I can just exchange BTC/Ether/DAO directly from Jaxx. Damned if I can find that "integration" on either instance of my Jaxx  wallet (Android and ChromeOS), though. And since I installed both instances this morning, after many days of hearing about that "integration," I presumably have the latest versions. I think I'm reasonably intelligent, and I can usually find may way around an app, so if the "integration" is there it is probably not obvious to most users. Just sayin' ...

And another addendum, a few minutes after that:

To use Shapeshift directly from Jaxx, look for the little gray fox-thingie-looking icon next to the "spendable" amount of a cryptocurrency and press that icon. it opens up the Shapeshift interface. Cool. But I had to dig into a FAQ to find that out.
Posted by Thomas L. Knapp at 8:04 AM

Claim free satoshis over at DailyFreeBits Faucet. Up to 1,000 satoshi every 60 mins.