A couple of weeks ago, Republican ... er, Libertarian, sort of ... vice-presidential candidate William Weld, a former prosecutor who presumably knows better, tried to give Hillary Clinton a free pass on Servergate:

[W]e did not find clear evidence that Secretary Clinton or her colleagues intended to violate laws governing the handling of classified information ...


Clinton is benefiting here from a creative re-definition of "intent" as that word is applied to pretty much everyone else on the planet.

Secretary Clinton and her colleagues didn't accidentally do the things they did. It's not like she and her staff tripped over the dog, got up off the floor and suddenly realized they had inadvertently set up a private email server and illegally conducted sensitive State Department business on and illegally passed classified information through that server. They did those things on purpose and since those things are against the law they clearly had criminal intent in doing them.

Just so we're clear about what's going on here: 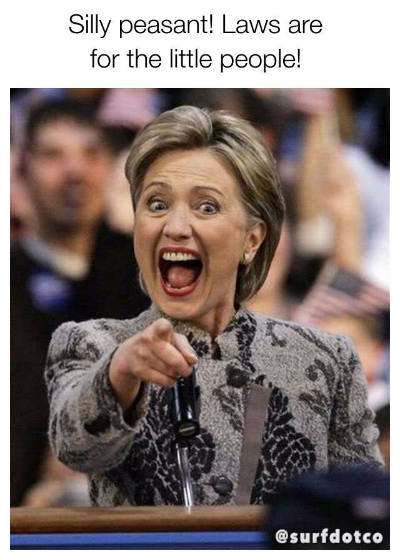