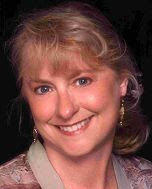 Press release, from her campaign site:

THE DOCTOR IS IN
Ruwart Enters Presidential Race

Burnet, TX -- Two months ahead of its national convention in Denver, the Libertarian Party's already crowded field of candidates grew by one on Friday as Dr. Mary J. Ruwart announced her candidacy for the LP's 2008 presidential nomination.

Responding to an informal draft effort conducted by party activists, the author of Amazon.Com #1 bestseller _Healing Our World in an Age of Aggression_ launched her campaign web site and announced plans to begin addressing state party conventions and other political events with the intent of challenging Republican candidate John McCain and the Democratic Party's as yet unnamed nominee for the support of America's voters.

"Libertarians have been waiting for a candidate who can change the tone of American politics," says campaign manager R. Lee Wrights. "Dr. Ruwart is that kind of candidate. She's a unifier and a motivator who can communicate our message of freedom and be heard."

Running on a theme of "Healing America," Ruwart -- a Ph.D and former Assistant Professor of Surgery with a background in pharmaceutical research -- proposes to withdraw US forces from Iraq, drastically reduce federal taxes and spending, and deregulate health care to increase access and quality.

"Only liberty can heal the rifts that divide and impoverish America," says Ruwart, 57. "Freedom breeds compassion, tolerance and prosperity. Coercion breeds conflict, fear and poverty." In _Healing Our World_ and _Short Answers to the Tough Questions_, she propounds a caring, rather than combative, approach to promoting the Libertarian Party's political agenda.

Ruwart earned a BS in biochemistry and a Ph.D in biophysics from Michigan State University. She has served on the Libertarian National Committee, as well as the boards of the International Society for Individual Liberty, the Fully Informed Jury Association and the Michigan chapter of the Heartland Institute. She lives with her husband, Ray, in Burnet, Texas.

Dr. Ruwart may have announced from Texas, but she announced in Missouri -- on Gary Nolan's talk radio show, "The Drive," out of Columbia.
Posted by Thomas L. Knapp at 8:27 AM