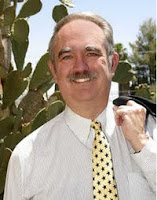 No substantial or verifiable details to report as yet, but I have it from several reliable sources that David F. Nolan, generally considered the founder of the Libertarian Party, died suddenly on Saturday evening.

David and I didn't always agree on everything -- who does? -- but we always got along quite well. We served on the LP's Judicial Committee together starting in 2002, and worked on various projects together over the years.

The last time I saw David was this May at the 2010 Libertarian National Convention. He took me up on my offer to meet Libertarians at the airport and help them navigate public transit to the convention venue. We also worked together on an IPR "straw poll" after the debate between candidates for the chairmanship of the Libertarian National Committee. And we had a beer or two, too.

It was a privilege to call him friend. I'll miss him, and my thoughts are with his loved ones.
Posted by Thomas L. Knapp at 7:02 PM