There are three ways to get traffic 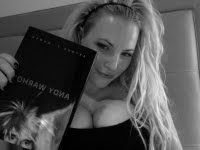 The second way is to blog about something nobody's blogging about and hope that you're tapping an unserved audience (or that everyone else says "hey, I should blog about that too," and links to you in doing so).

The third way is to publish a photo featuring a woman's boobs.

One of these methods is reliable, and in this case it's hard to use that one without using one of the other two. Pretty much everyone is blogging about Meghan McCain's twitpic (and grabbing it wherever they can find it, since it's technically not a twitpic any more, and posting it all over hell's half acre).

Well, personally I think they're pretty nice, as is the face above them. Not saying I spend a lot of time thinking about Meghan McCain, but I spend more time thinking about Megan McCain now that I've seen that pic. I've even started following her on Twitter, checking her blog, and reading her Daily Beast column.

I suppose I should be clear that I'm not "following" her in any kind of John Hinckley/Jodie Foster way. It's just that she suddenly got a lot more interesting, not because of her boobs per se (well, yeah, I guess her boobs have something to do with it) but because I figure if the only thing her critics have on her is that she has boobs, that she's not Twiggy, and that she doesn't particularly want to be Twiggy, maybe there's some there there that her critics are ignoring and hoping everyone else ignores, too. I'm just sayin' ...

On another spin note, it's worth observing that, unlike at least one of her critics, she doesn't have to invest in and strategically arrange six-packs of Wal-Mart crew socks to fill out her photos.
Posted by Thomas L. Knapp at 3:56 PM