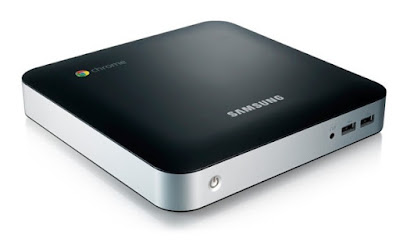 Later, I upgraded to an Asus (CN62, I think), and handed the Samsung over to my son. He used it until this week, even though its service updates ended a couple of years ago.

Yesterday and today (with some assistance from me on the hardware), he flashed its BIOS, installed a new solid state drive, and installed Debian Linux (with xfce GUI) on it.

So now an obsolete, eight-year-old Chromebox is probably going to be a pretty decent Linux box.

But, scandalously, he intends to install Chicago95, a Windoze 95 styled theme. Even though he constantly uses ChromeOS, Linux, etc., he likes to pretend that Windoze is a real OS, even a good one. And when I mock him, he calls me a Boomer.