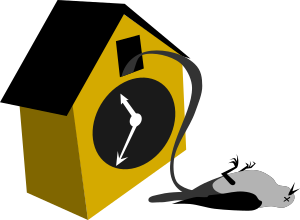 * Electors meet in their respective state capitals on Monday, December 19, at various times, beginning with Vermont and perhaps Maryland at 10am Eastern (here's the list).

The final set of electors don't meet until 7pm in the Hawaii–Aleutian Time Zone (three guesses which state we're talking about there) -- midnight Eastern.

For obvious reasons it will be some time Tuesday before all elector votes have been cast and the totals are known. But we'll probably have a pretty good idea much earlier as to whether or not there's a coup attempt under way in the electoral college.
Posted by Thomas L. Knapp at 8:07 AM