Doubling Down on the Cloud

So happy, in fact, that when I started thinking about a new backup/travel rig earlier this year, I quickly settled on a Chromebook. Specifically, this one: 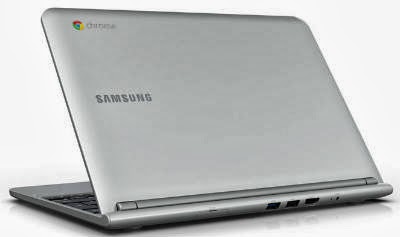 For those of you who aren't familiar with how I acquire my computer equipment, it's often a case of "a client wants something new from me and I'll do it for a new machine" and/or "it's been awhile and negotiating a raise is certainly doable, but why not just ask for a hardware one-off instead?" This time around was sort of a combination of those two things.

It just so happens it's the 3G model, with 100Mb of free data per month from Verizon. I've never used 3G before, but it seems like the kind of thing to have around if I should travel -- for checking email and so forth, not for streaming all five seasons of Breaking Bad en route.

It weighs something like 2 1/2 pounds and claims to get 6 1/2 hours out of its battery. I suspect it may get more than that -- while putting it through its paces I played half an album on Grooveshark, streamed the pilot episode of the Battlestar Galactica reboot on Netflix (yes, I'm just now getting around to that) and other intensive stuff and the battery level is still at ~70%.

I know some people don't like/trust the cloud, but I'm very happy in it. I turned the thing on the first time, hooked to a network, logged into my Google account, let Chrome update, rebooted and BAM, all my stuff was there. Bookmarks. Apps. Etc.

Security/privacy? OK, not so much. But as the Snowden revelations continue to roll out I expect we're going to find that's largely the case whether you're in the cloud or not. And I've got other machines and other methods where those things are what I'm concerned about.

N.B. For those considering a Chromebook, I can't stress this enough: Go with Samsung, or maybe HP. I've never had an Acer machine that I was happy with, and several friends of mine say the same thing.
Posted by Thomas L. Knapp at 6:09 PM